Violent Night Review: David Harbour’s Naughty Santa Claus Movie Is Better Than a Lump of Coal, But Hardly Anything to Cheer About

When it comes to portraying the Holidays, one of Hollywood’s favorite pastimes is turning “nice” into “naughty.” Movies like A Bad Moms Christmas and Bad Santa say it all, right there in the title: we will misbehave for Christmas and you will enjoy it. Films in this “bad for the holidays” genre are successful when they rely on something more than just impish misbehavior. They typically offer genuine laughs or thrills, or a truly original new spin on an old subject, perhaps with sympathetic characters or a surprisingly compelling story, all while pushing the envelope of politeness.

The latest movie of this type, Tommy Wirkola‘s Violent Night, aspires and even comes close to achieving that level of mischievous immaturity within the framework of an effective film. But a slew of fundamentally unlikable characters and no interesting storyline to speak of render Violent Night a mushy, messy pulp of blood and gore that makes it seem more like a lump of coal than a gift to moviegoers. Yes, there are some genuine laughs to be had here, and one brilliant sequence spoofing Christmas movies of yore, but otherwise, Violent Night ultimately fails to deliver beyond B-movie cheap thrills, and its Christmas spirit is lacking as well.

The film unfolds at the fancy estate of the Lightstone family, a group of self-obsessed, money-grubbing, foul-mouthed pricks, all of whom are foaming at the mouth to kiss up to matriarch Gertrude, played by an amusingly grotesque Beverly D’Angelo. Chief among them is her larcenous son, Jason (Alex Hassell), and her alcoholic daughter, Alva (Edi Patterson). Jason is the more likable of the two because he’s a family man with a very nice wife (Alexis Louder) he’s separated from, and an adorable daughter, Trudy (Leah Brady), who just wants her parents to get back together. Jason’s family ties make him slightly more redeemable than his racist relatives, which isn’t saying much.

Enter Scrooge (John Leguizamo), the leader of a band of heavily armed thieves, some of whom are dressed as snarling elves. Early on, they storm the Lightstone compound, gunning down a supposedly sophisticated crew of bodyguards and mercenaries hired to protect the wealthy family as well as their vast $300 million dollars fortune, which is rumored to be hidden in the vault on the property.

Unfortunately for Scrooge, he scheduled this heist on the wrong day — Christmas — as it just so happens that the real Santa Claus (an amusing David Harbour) happens to be stopping by the house to drop off a gift for the only “nice” person on his list within a 50-mile radius — little Trudy, who still believes in him, and wants to reunite her parents.

And this Santa is hardly a saint. He, too, drinks like a fish and swears like a sailor, complaining about his reindeer’s bathroom habits and constantly cursing his eternal bad luck. Flashbacks later reveal that he was a Viking warrior who somehow got stuck delivering gifts to children for all eternity, and he doesn’t even really like kids.

Given his background on the battlefield, Santa is pretty good with a Thor-like mallet he calls Skullcrusher, and he takes down an army of machine gun-carrying baddies one by one as the film sets up a final confrontation with Scrooge, who holds little Trudy’s life in his hands. The setup is entertaining for what it is, but it is surface-deep and woefully insufficient without something else more captivating.

For the most part, that “something else” never arrives, and it quickly becomes apparent that Violent Night is an excuse for nothing but that — violence. The script is by Pat Casey and Josh Miller, whose credits include the two Sonic the Hedgehog films and the upcoming Jennifer Lopez movie Shotgun Wedding, and while it offers a few zingers amid the chaos, the humor isn’t enough to sustain our interest.

Of course, the reason you’re watching Violent Night is surely the action, and Editor Jim Page, Cinematographer, Dominic Lewis, and the film’s stunt coordinators do a good enough job choreographing gritty fights and creating gory kills on a modest budget, but the punches start to fall flat after a while, as we’ve all received the gift of brutally mangled bodies many, many times before.

Thus, Violent Night is perhaps at its most effective when it pokes fun at some other would-be subversive Holiday films, chief among them, Home Alone, as little Trudy offers to help Santa by setting up booby traps around the house that would make Kevin McAllister proud. Except, rather than the cartoonish violence suffered by the Wet Bandits, Wirkola shows us what it would really be like for someone to step on glass ornaments or get impaled on a nail — and far worse, rest assured. This sequence only last five to seven minutes, but it’s almost enough to make the price of admission worth it.

Almost… but not quite. Ultimately, seven minutes of comedic gold are insufficient to rescue the remaining 113 minutes from a sense of “been there-done that.” The characters are all too unlikable — the Lightstone family particularly so, but also the bad guys, who commit obvious mistake after obvious mistake, particularly of the “why don’t they just kill them now?” kind, which can only be tolerated so many times before becoming infuriating.

Santa Claus himself is not much better. Sure, David Harbour is perfect for this kind of “dad bod” role but he kind of gets lost amid everything that’s happening around him, and his character’s backstory proves too thin to make us really care. It was one thing when Billy Bob Thornton‘s Santa Claus adopted a Grinch-like attitude in Bad Santa because that character was truly a jerk, but we never really learn why Harbour’s Santa is such a grump.

So it is that, instead of jingling all the way, Violent Night becomes an all-too-forgettable nightmare before Christmas.

Share
Facebook
Twitter
Pinterest
Linkedin
ReddIt
Print
Previous article
Taylor Kitsch, Peter Berg Reteam for Netflix Limited Series American Primeval About the Violent Birth of the American West
Next article
Rian Johnson on the Many Mysteries of Glass Onion and Whether He’ll Ever Return to the Star Wars Universe 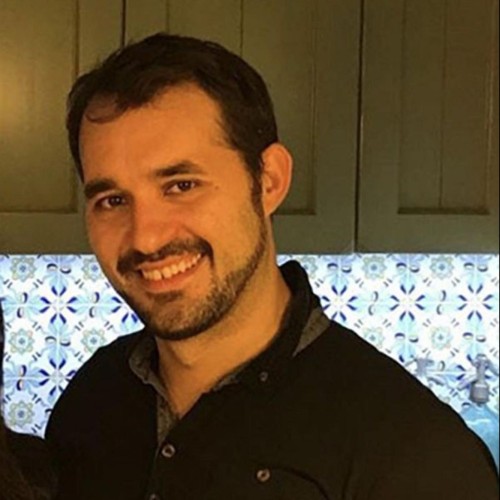